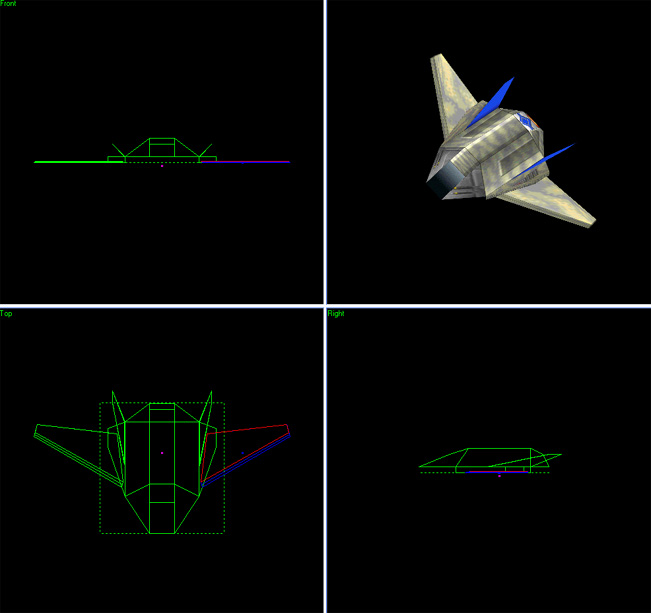 Buildpic: The unitpic has improved a lot since the old version and it looks very OTA. The shading on the unit is okay, but the unit is too zoomed out [2.5] I can\'t really complain about the background [3]. Thing is, though, that the contours of the unit critically fail and so it seems to just be a part of the sky. It looks too flat. The background is also a tad too dark compared to the unit and the source of illumination [2.5].

Model: The model is very good. It is built for Arm and looks as Arm, without copying any other plane straight off [4]. The texturing is also very good, following the good traditions of the Arm airborn units [5]. There is no corpse, but planes never suffer from that.

Script: I like the fact that the wings are ejected , because it make it smell Arm (Core fold the wings and that smells different)

Balance: The balance is quite well now, if not too powerful. This unit shoots a low flying power missile worth of no less than 1350 damage units per shot. And that's a lot. I really mean a lot because it take three planes one round to kill off a Commander and since they pack twice as much armor as the Phoenix, they are obviously superior, even though they cost 50% more metal. It takes Two. Yes two planes to destroy any factory in the game, while it takes at least four Phoenixes to do the same work. The missiles are, as I said, low flying and will hit any obstacle in front of the target, may it be a unit or some unworthy litlle stone and due to the insane damage/second this unit completely abolishes any level 1 unit or construction without even considering it. Even more might perish if the poor units are squeezed tight because this unit got a great deal of splash damage. The missile also tracks, which makes it a lot better against moving units, like escaping commanders or invading PeeWees... I'd yet to see the last one to happen, but anyway. However, this unit is dead useless at hitting any naval units, mainly because the missile splooshes quite a bit from the set target. It also flies a tad slower than the Phoenix, and turns slower, but with the current armor rating, it doesn't really matter. To the point: This unit is a lot more effective than the Phoenix in flybys, having a much larger chance to actually hit the target at least once and for 50% higher costs carries supreme armor plating. This unit is good, but a bit overpowered, mainly due to the armor. If you are to cut it down to about 250, this would make a quite balanced unit, even though I was horrified by it's deadly effectivity against commanders.

My score: I don't know what to say. I consider this unit to be good, but I am at the same time horrified by it's power, even though it's not much more powerful than the Phoenix.